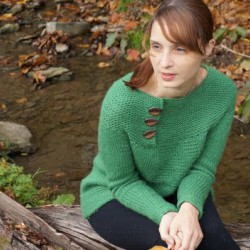 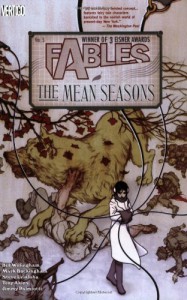 ***Spoilers if you have not read the previous volumes***

The results are in for the mayoral election, resulting in some major changes. In the midst of all of this Snow White gives birth to a litter of babies, and due to the nature of the children she is forced into exile on The Farm to raise them. With Snow White gone, and himself forbidden from The Farm, Bigby disappears, but sends his father in his stead.

I'm definitely getting a sense that these past couple books are leading up to something much, much bigger. Unfortunately that makes it seem as if not much is happening, but in the case of The Mean Seasons the anticipation made it more interesting than the previous volume. I was disappointed in the lack of forward movement in Frau Totenkinder's storyline, however the introduction of Cinderella was quite interesting. I'll definitely be reading Volume 6 sooner rather than later.
Tweet